Harrow Lake has a cover! and other writing adventures

OK, more than a while. It's been almost a year since I last posted a writing update (sorry, sorry!) but that means this one is going to be good, right? RIGHT.

So, an update on my next book, Harrow Lake: I'm thrilled to say it is now in the proofreading stage, which means it's THISCLOSE to being in its final, polished form, ready for publication next summer (July in the UK, and August in the US). I am verrrrry excited to see my dark, twisty little book out there in the wild! And what face will it wear? Well, the US cover is now final, and this is it! 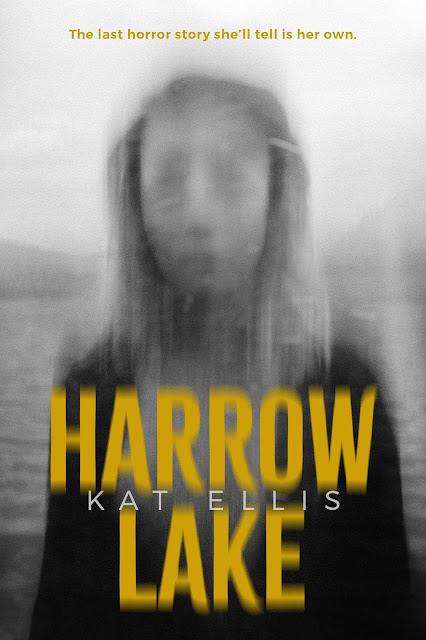 Isn't she a beaut?? If you click here you can also read an excerpt from the book on the Penguin Teen site. And the UK cover should be finalised soon, too, so I'll post that when the time comes. In the meantime, it is up on Goodreads, if you'd like to add it to your to-read list...? Please and thank you.

So, what else have I been up to? Well, Harrow Lake had its first toe-in-the-water outing at YALC in July, where the first chapters were featured in the Penguin super-ARC alongside their other new and upcoming YA titles.

Over the summer I also went away to teach a YA writing course with Rhian Ivory at Ty Newydd Creative Writing Centre in Llanystumdwy, West Wales.


It was such a wonderful week; Penny Thomas from Firefly Press came to give a really interesting and insightful talk about publishing, and all the writers were brilliant. Ty Newydd itself is just the perfect place to chill out and write. They have all kinds of courses and retreats there, so check those out if you could use some writing inspiration this year.

Speaking of retreats, I went on the most blissful writing retreat a few weeks ago. It was in Yorkshire, hosted by Rachael Lucas who is not only a brilliant author but an amazing chef. Having a cozy fire and wonderful food laid on all week led to some very productive writing time, and only one or two afternoon naps. 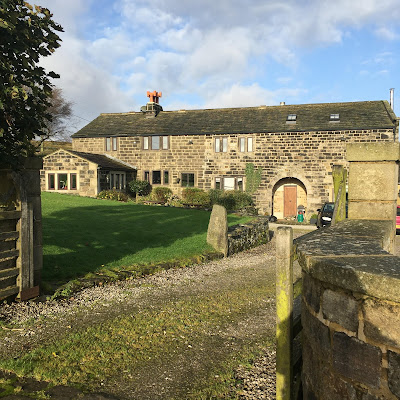 If you're looking for a writing retreat in the new year, Rachael will be hosting another one in January -- details here:

Five day writing retreat from 19th January is officially on - if you like cake/food/writing/hot tubs/Aga toast message me for info! https://t.co/wdNs4uVWtX
— Rachael Lucas/Rosie Curtis (@karamina) October 28, 2019

Aside from working on edits for the last few months, I've started writing what will hopefully be the book after Harrow Lake. At this point it's very first-drafty and messy, but I'm really enjoying getting back to writing after such a long time spent with my revision goggles on.

Online, I've been absent-ish while I focused on edits, but I did recently write about creating an immersive setting for Rebekah Joan's NaNoWriMo Survival Guide series, which you'll find here.

And in non-writing news, I moved house in May, and have been slowly doing the place up with my husband. (This might go some way to explaining why I've been a bit quiet on here.) But you'll be pleased to hear the cats have settled in well, and I have discovered a peculiar knack for growing cayenne chillis (yes, even in Wales in November). On a more disappointing note, the new house doesn't appear to be haunted. Not yet, anyway.

In September, I got to meet my wonderful critique partner Kate Brauning for the first time IRL while she and her husband Jesse were travelling Europe on a grand adventure. I took them to see a Welsh castle and a gaol, as you do.

Oh, and in October I went ziplining. 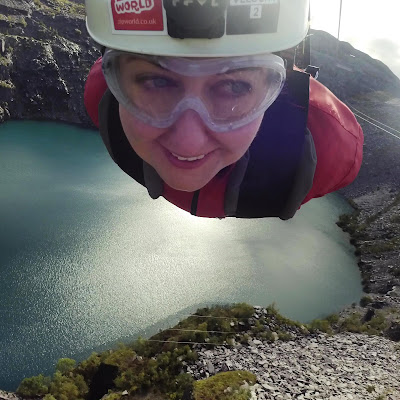 On which note, I'll leave you with some stuff I've been consuming lately.

Audiobooking The Toll by Neal Shusterman

Watching The End of the ****ing World (and highly anticipating the return of Rick & Morty!)