Pics from the BREAKER launch party

Hello! I'm a little late posting this, but I wanted to share a few photos taken at the launch for BREAKER from earlier this month. It was such a great evening, and all the staff at Prestatyn Library were amazing - they worked so hard to arrange everything, and were such fun to chat to on the night.

It was also great to see so many seats filled - almost a full house! 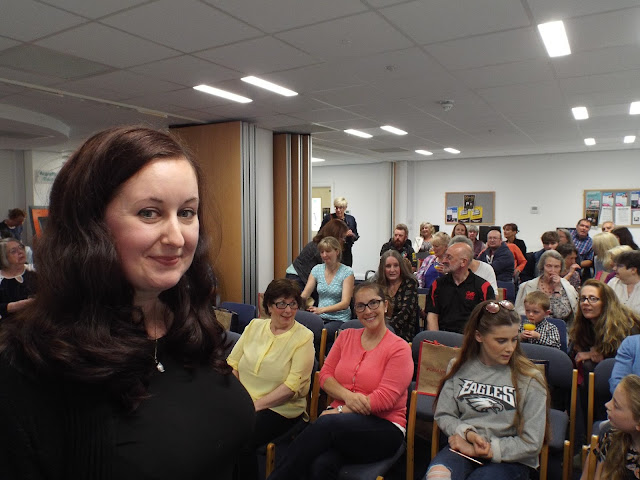 Huge thanks to everyone who came out to the launch, and again to the library staff for organising a brilliant night.

If you weren't able to come to the launch, but would like a copy of BREAKER with my scribble in it, feel free to buy one from your local bookshop or online from The Book Depository etc., and I'll be happy to send you a signed bookplate anytime between now and 31 July. And if you read BREAKER and leave a review - on Goodreads, Amazon, etc. - then know you will have my undying gratitude!

May was kind of epic. BREAKER, my second novel (and first one in 2 years!) came out this month, and went into a second printing within a week! Not only that, but it also has a fantastic new book trailer - check it out!

I also went on a writing retreat to Scotland along with 10 other authors, who were all amazing and such fun to spend a week with. As well as lots of writing (of course!) we did a bit of sightseeing around Inverness, and saw Cawdor Castle -- as featured in Macbeth:

Dawn Kurtagich masterminded the whole thing, and look where we stayed - this place is just begging to be a setting for a spooky novel, right? 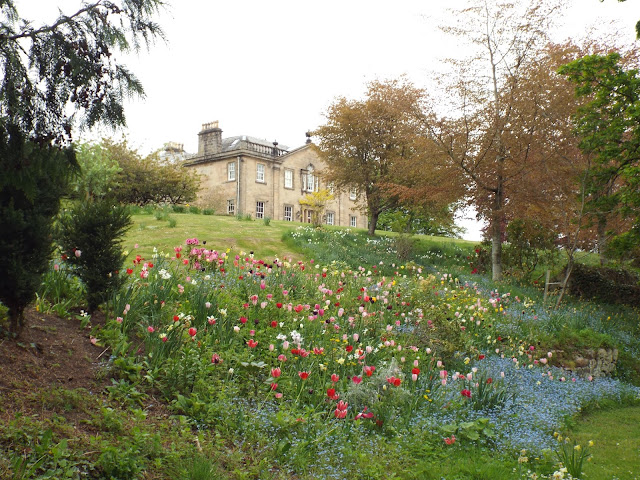 Reading-wise, I didn't finish as many books this month as I have in previous months, but the ones I read were truly, truly stellar. Continuing my sci-fi binge, I read CHASING THE STARS by Malorie Blackman, which is a reimagining of Othello in space (and absolutely gripping!) and THESE BROKEN STARS by Amie Kaufman and Meagan Spooner, which I'd been meaning to read for absolutely ages because I heard so many people raving over it. It was also A++.

Stepping into contemp thriller territory as part of my continuing commitment to read more UKYA, I read -- or actually inhaled -- Sarah Pinborough's 13 MINUTES. It's actually kind of scary how recognisable the characters were to me from my own high school days (scary because they're all a wee bit terrifying, if not downright sociopathic).

I saved my fave for last, though, because I got to read an advance copy of SEVEN DAYS OF YOU by Cecilia Vinesse (thank you, Cece!!) while I was away in Scotland. This is the story of Sophia in the week before she is due to move to the US from her home in Japan, and Jamie - the boy who shredded her feelings before he left two years ago -- shows up a week too soon for Sophia to avoid seeing him. Intense and romantic, this is one to fight for at the bookshop when it comes out in March. I still catch myself sighing "Oh, Jamie..." at random intervals.

I'm halfway through 3 other novels right now, so next month's reading rundown should be quite a long one -- especially with the great weather we're having at the moment, which basically requires me to read in the garden.

Hope your May was a blast!