It's Valentine's Day, and it seems like these two words will either make you smile or hiss like a snake, from what I've observed. But I don't really do much to celebrate it myself (beyond swapping cards with my husband), even though I'm a fan of the ol' romance stories.

I realised recently that some of my favourite literary romances are those you find in other genres, where the romance isn't the main storyline. With that in mind, I thought I'd share a few!

I will never not feel a little bit weird about this one, but Gemma and Ty in Lucy Christopher's STOLEN, about a young man who kidnaps a teenage girl and holds her captive in the Australian outback - GAH! The FEELS...they are both strong and weird.

Speaking of weird... there's an amazing step-sibling romance in THE ACCIDENT SEASON by Moira Fowley-Doyle. You should pick it up for the wonderful, lyrical writing, and the disturbing (in the best possible way) plot, but trust me - you'll stay for the romance.

Lisa McMann's CRASH (book 1 in her VISIONS series) has a delicious star-crossed lovers romance between Jules and Sawyer, whose families have been feuding since they were little. Add in the psychic visions that provide clues to how nine body bags will end up lying in the snow outside Sawyer's family restaurant, and I was hooked.


I also have some books in my TBR that I've rushed to buy because people were raving over the romance element in them. These are they:

THE WINNER'S CURSE by Marie Rutkowski

A COURT OF THORNS AND ROSES by Sarah J Maas

LOOKING FOR ALIBRANDI by Melina Marchetta

THESE BROKEN STARS by Aimee Kaufman and Meagan Spooner

REBEL OF THE SANDS by Alwyn Hamilton

Have you read any of these? Any advice for which to read first??

I planned to have a productive month in January, and to be fair, it was. Well, except on the exercise front -- I was a bit of a slacker there. BUT *quickly distracts you from that little tidbit* I wanted to post a quick wrap-up here because some exciting things happened.

First off, I started the month with some excited squealing when ARCs of my next book, BREAKER, arrived in the mail. If you're not familiar with ARCs, these are Advance Reader Copies that the publisher sends out to trade reviewers, book bloggers, etc. to get early reviews for the book, and generally stir up a bit of hype. I call these 'floppy copies' because they're not in the finished, polished format that will end up in bookshops. They are very gorgeous, though, and infinitely huggable. 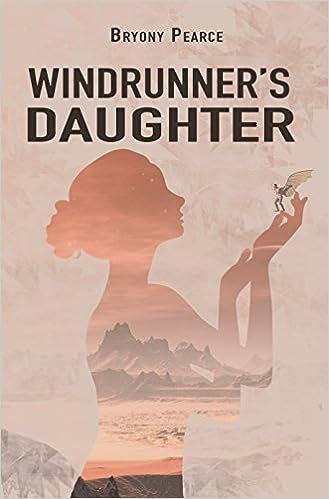 I also read and gave a promo quote for a book which came out on Feb 2nd. It's a gripping, kickass YA sci-fi set on a partially terraformed Mars, about a girl named Wren who has to break every rule on the planet to try and save her mother's life. It's called WINDRUNNER'S DAUGHTER by Bryony Pearce, and I've been shouting about it all over the internet since finishing it. Basically, it's ace, and you should definitely read it. Click here to check it out on Amazon UK.


Reading-wise, I'm a little behind where I wanted to be, but the books I've read so far this year have been absolute belters. I started with Neal Shusterman's UNWHOLLY (sequel to UNWIND), and am looking forward to reading the final 2 books in the dystology. I also finally listened to the audiobook of HARRY POTTER AND THE PHILOSOPHER'S STONE, read by Stephen Fry. It was just as amazing as I was expecting. Then I listened to the first in the LOCKWOOD & CO series - THE SCREAMING STAIRCASE, and loved it. I immediately bought the sequel, which says a lot. I'm now listening to the audiobook of the first in the SKULDUGGERY PLEASANT series, which I already know I'm going to love because I burst out laughing when listening to it while walking along the seafront, and accidentally scared a dog walker.


As for the writing side of things, last night I finished the first draft of my new manuscript. It took me about 7 weeks to write, and has been the easiest so far (probably jinxing myself by saying that, but eh). I usually take between 3-6 months to draft a new manuscript, so I'm feeling a teensy bit pleased with myself. Of course it still needs lots of work to revise it and polish it up ready for human eyes, but the bones are there, and the revision part -- which tends to be quite methodical and break-down-into-chunksable for me -- can wait until I've let it sit awhile. Not to mention doing the edits for PURGE, which is coming out this Autumn.

I've been finding plenty of new music to listen to lately, and my latest obsessions have a definite Americana vibe. Here are three of my favourite January Jams (that's not a thing, but go with it).


Lastly, looking ahead to February, I'm taking part in an Instagram challenge started by Dahlia Adler called AuthorLifeMonth, where there are writing-related pictures posted each day focusing on different themes. You can check out my pics here if you like.

Also coming up, I've got a couple of posts going live on Author Allsorts this month -- the first is an interview with Bryony Pearce about WINDRUNNER'S DAUGHTER, and the second is a post offering some insight into why I write thrillers. You can watch out for those here.

Hope you've had a fantastic January!