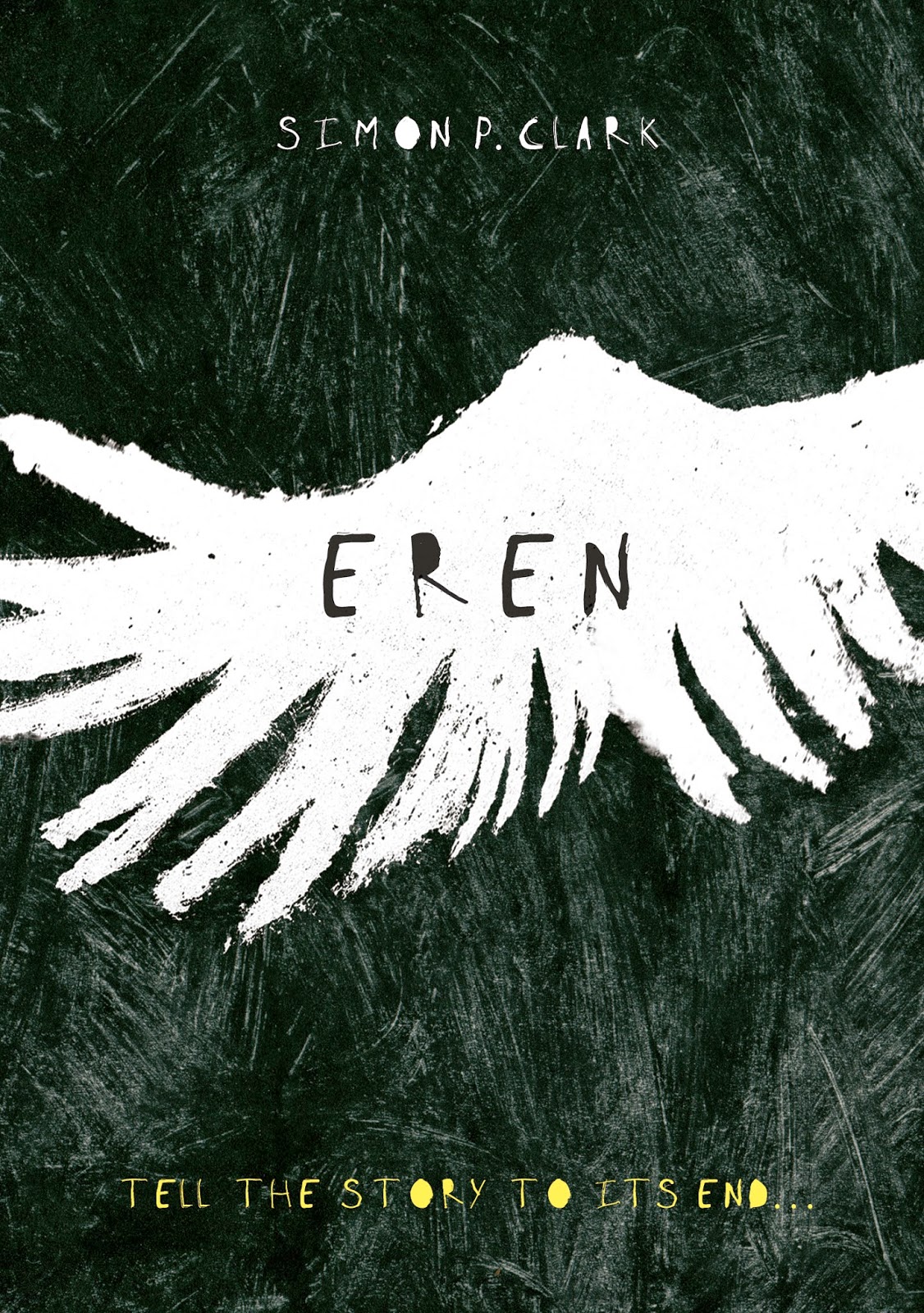 YA novels are my niche, both in terms of reading and writing, but I was still chomping at the bit to get an advance copy of Simon P Clark's debut MG novel, EREN.

You see, Simon is an online friend from twitter, and he's also represented by marvellous agent Molly Ker Hawn of The Bent Agency. So I already knew that Simon was very funny and charming, and that he was bound to be very talented. When you know this about someone, you want to read their book.

This is what it’s about.

‘Tell the story to its end,’ says Eren with a grin. His yellow eyes are glowing like embers in the night.

People are keeping secrets from Oli - about where his father is, and why he hasn't come to join them at his uncle's house in the country.

But Oli has secrets too.

He knows what lives in the attic. Eren - part monster, part dream, part myth. Eren who always seems so interested, who always wants to hear more about Oli's life. Eren, who needs to hear stories to live, and will take them from Oli, no matter the cost.

As much as I would tell anyone “I don’t really read MG”, I forgot about that within a few sentences of reading EREN. The story begins (or does it?) with Oli and his mother travelling from London to stay with relatives, and the author’s conjuring of British summer holidays, the awkward trips to visit unfamiliar relations, and the discovery of Important Things like a portal (sliding fence panel) between two gardens, transported me back to when I was Oli’s age. I could absolutely relate to his sense of being kept in the dark by the adults around him, but the mysterious draw of the attic invites him into the dark rather than keeping him there.

Oli is a smart, thoughtful character, and he worries about things like rumours about his politician father, his mother looking exhausted, tentative friendships which might last a day or a summer or longer, but who knows? And I could see how a shadowy creature who lived in the attic and fed on stories could be a relief from all those other things.

EREN goes to some dark places, but there’s a lot of light in there as well. His friends Em and Takeru are brilliant and fun, and when the three are together there’s an irrepressible sense of adventure that had me grinning. I liked the careful affection-building between Oli and his uncle and aunt, and the way Oli saw through his mother’s snappy moods and protected her as much as she believed she protected him from the truth.

I’ve read that EREN will appeal to fans of David Almond and Patrick Ness, and would absolutely agree. This is skilful storytelling; the kind that feels destined to become a classic.

You can add EREN to your Goodreads TBR, and preorder here from Amazon UK. It is due out on 18th September from Constable & Robinson. In the meantime, keep an eye on Simon's website, where EREN TALES -- companion stories to EREN, with wonderful illustrations -- can be found!
Posted by Kat Ellis at 19:11