I am so excited to announce that Pat Esden has signed with Pooja Menon of Kimberley Cameron & Associates! Pat's entry for MOONHILL got a lot of agenty attention in the contest, so I'm over the moon (and not at all surprised!) that she is now officially an agented author.

Of course, I immediately asked Pat for the lowdown...

First of all, please tell us what MOONHILL is about.

MOONHILL is a YA contemporary gothic tale about Anie Freemont, a seventeen-year-old antique dealer. Anie’s never believed the stories her father told about their ancestral home, Moonhill. Mystical rings which eat souls, genies in jars . . . she figured the frightening tales were simply another of her antique-dealing papa’s eccentricities. That is, until he’s diagnosed with dementia and a court order forces her to take him back to Moonhill and the estranged family they fled when she was three years old.

All Anie wants is to help her father get stabilized so they can leave as fast as possible. But from the moment they arrive, she’s isolated from him by their family. She notices disturbing things too, including human-shaped shadows in Moonhill’s gallery and a witch’s pentagram under her bed. When her father turns violent and Anie discovers he’s not seeing a doctor like she was told, the deceit leads her to a decade-old mystery surrounding her mother’s death in Moonhill’s graveyard. A mystery she must unravel if she wants to help her father.

But to separate truth from tale, Anie will have to use all the tricks she learned while dealing antiques with Papa to outwit a family who prefers to keep her in the dark—and an entity which is far different than the Christian demon she first suspects. If she fails, Papa will end up institutionalized for life--and she may never escape Moonhill, unless it's in a body bag like her mother.


Who or what inspired you to write it?

It was Johnny Depp and our shared love for the old TV series Dark Shadows.

When I heard he was working with Tim Burton on a remake, it struck me that having fun and creating something you’ve always wanted to try was important to me as well. However, I didn’t have the desire to create a campy remake of Dark Shadows. I wanted to write a gothic novel which had an atmosphere reminiscent of the show and to that of the classic mid-century gothic novels written by Phyllis Whitney, Mary Stewart and Victoria Holt—but with an updated flare and sizzle to make it appealing to the modern teen reader.

What made you decide to enter Hook, Line & Sinker?

In August I sent out queries to agents who had read previous manuscripts of mine and asked to look at future works, and to several who specifically liked gothic. While I was waiting to hear back from them, I was also working on an under seventy-five word pitch for Authoresses’ upcoming Baker’s Dozen contest. When I saw HLandS required a pitch that was under sixty words, I thought I couldn’t do it. But it was a challenge I couldn’t resist. Once I got the pitch where I wanted it, I was pretty much compelled to enter—and I had never queried any of the agents in the HLandS contest.

When Pooja made her offer of representation, how did The Call happen?

Like I said, I’d queried other manuscripts. I’d waited over a year to hear back from agents and up to nine months on several occasions. Pooja totally caught me off guard.  When the last round of the contest went live, she quickly requested fifty pages and a synopsis. A few hours later, I received an energetic request for a full. Less than twenty-four hours after that, she emailed me an offer of representation and asked if I’d like to chat on the phone. It was an amazing relief to receive the offer before “The Call”. It also made it easier to judge what a normal working relationship with Pooja would be like, instead of worrying about whether I get an offer or not.

What's next for you?

Pooja has several new clients, so I’m planning on working on a new project until she’s had a chance to go through MOONHILL and get back to me with revision suggestions.

Actually, I think learning to balance working on several projects at once is going to be my biggest writing challenge over the months to come.

Thank you so much for hosting the YA portion of the HLandS contest.  It was an amazing and life changing few weeks for me.

Brilliant answers, right?? Make sure you follow Pat for more news about MOONHILL!

People who leave comments are winners. FACT.
Posted by Kat Ellis at 07:30 9 comments:

I am so utterly THRILLED to be able to announce the first ever Hook, Line & Sinker success story! Debbie Causevic, who entered the contest with her fabulous YA urban fantasy/romance TUMBLING AFTER, is now represented by Pooja Menon of Kimberley Cameron & Associates! 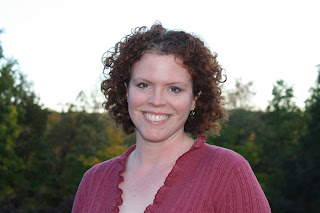 Naturally, I wanted to get all the deets from Debbie, so I asked her a few questions...
First of all, please tell us what TUMBLING AFTER is about.


Tumbling After is the first book in a trilogy I am writing titled The Timebender's Curse, a YA urban fantasy/romance. In this first book, 15-year old Louie Weatherby is sent back in time due to a centuries-old curse upon her family. She arrives in 1860 Williamsburg, VA just months prior to the onset of the Civil War. As part of her curse, she is forced to play a role in ensuring that her precarious lineage continues down the haphazard path that ultimately leads to her own existence. During her foray in this disconcerted land, she falls wildly in love with Owen Hayes, a young farrier apprenticed to her family’s mortal enemy.

Unfortunately, the Timebender responsible for cursing Louie’s family is forcing Louie to play a game she doesn't understand. What she does understand is that unless she consents to becoming a bigger pawn in the Timebender's wicked game, Louie will be parted from Owen as soon as she completes her task, never to see him again. She must ask herself how far she is willing to go to be with the love of her life, and how much she is willing to make others pay in order to do so.

What made you decide to enter Hook, Line & Sinker?

I’ve completed a handful of manuscripts but, at the point that I entered HL&S, I hadn't tried anything aside from straight querying. I decided I needed to break the pattern and become more proactive, so I committed to attending writers' conferences and entering whatever contests I could find online. As luck would have it, Hook, Line, and Sinker was the first step I took in that direction. I'm sure you can understand how completely surreal and awesome it felt not only to make it to Round 3, but also to have connected with Pooja Menon of Kimberley Cameron and Associates, who I have since signed with. These last few weeks have been just completely amazing and I am very thankful to HL&S for giving writers aspiring for publication such an opportunity.

Had you queried TUMBLING AFTER before the contest?

Yes, I completed the manuscript and began querying it in 2011. It generated some interest and I received two requests for partials that ultimately didn’t pan out. One of the agents took six full months deciding and actually offered more compliments than complaints in her rejection. Rather than starting to query again after her reply, I reread the manuscript and more clearly saw the areas that needed improvement. Ultimately, I think sitting on the book for so long while waiting was helpful. Having distanced myself from the writing of it, I was better able to fine tune the manuscript and come up with a stronger product. And as they say, all is well that ends well. I ended up with an agent who feels passionately about this manuscript, which is what I was hoping for all along.

When Pooja made her offer of representation, how did The Call happen?

Before the call, I knew that Pooja was fairly interested in the manuscript. She had requested the first 50 pages and, fairly soon thereafter, the complete manuscript. From what I had read online, I really liked her view on the industry, her progressiveness and her motivation, so I was hopeful. Regarding “the call”, she actually emailed me prior, stating that she'd like to offer me representation and asking to set up a time to talk. That worked out well because I got the jumping and screaming out of my system before having to sound coherent and sane. When we did speak, I liked her feedback on my manuscript and her proposed plan of action, and I felt that our partnership would be a good match. Needless to say, I signed with her shortly afterwards.

What's next for you?

Once I incorporate Pooja’s edits, she intends to submit the manuscript in January after the holidays are over and New York is fully back in action. In the meantime, my job is to build upon my platform as a writer—finally delving into the social media I have long avoided. I will also start work on book 3 of the trilogy, which allows me to resume one of my favorite activities in the world--writing fiction!

You can get in touch with Debbie in lots of ways...

And please share your comments below!
Posted by Kat Ellis at 08:00 16 comments: