Welcome to an Olympic TMI Monday. This differs from other TMI Mondays in no way except that I am writing this whilst wearing a Union Jack leotard and twirling a baton.

It's another TMI Monday, and a lot has been going on lately. Here are the 6 things I'm expelling from my brain cavity this week...

Welcome to another TMI Monday, where I share 6 random things that have happened or have just been taking up brain space over the past week.


And yes, this video is a perfect portrayal of Welshness. I should know.
Posted by Kat Ellis at 08:00 4 comments:

TMI Monday - Fenton, Firefly and the Thundercats in Space

Another few random little deets from my week this week. But it's still TMI. 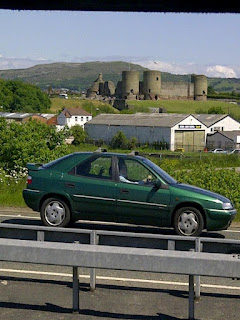 My phone doesn't have a high-speed shutter. We were zipping at about 70mph, and so was the other car. And I'm no fly photographer. But in that instant, I caught not only the castle, but a perfect shot of something completely unexpected as well.

And that was a revelatory moment for me. That something unexpected appearing in a brief glimpse of what you thought you were looking for...only to find yourself faced with a new prospect entirely.

That was exactly what happened to me when I first had the idea to write PURGE. My first attempt at writing it happened a few years ago, and although the scene that inspired the story is no longer a part of the MS, I'll never forget that one, clear idea and how it eventually snowballed into something I'm so, so excited about.

It wasn't so much a scene as a glimpse of one - my MC being ejected from a cylinder full of goo, lying naked on the grille floor as two salvagers look down at him in shock (they didn't expect to find anyone in a storage unit on a disused moon). That was it.

When I started to build on that, the story went in a very different direction for a while - it was more Red Dwarf-ish, with my MC tagging along with 2 life-battered and cynical salvagers in their equally battered spacecraft. But then my MC became Mason, and Mason had his own ideas. Or more specifically, he had a voice, and I couldn't not listen to him. And the MS took a very different, very twisty kind of turn, and the rest is... well, hopefully you will get to see what the rest is, one day. Hopefully.

But Mason wasn't what I expected, and neither was PURGE - and that was no bad thing. Certainly better than an old green car!

Yep, looks like this may become a Thing. Here are another 6 random bits of information I dare say you don't want to know...


I think that's enough random shiz for this week. Kat out x
Posted by Kat Ellis at 19:30 No comments:

I'm not a runner. You can tell that quite easily by looking at me. I loathe exercise generally, except where it's dressed up as a game, and then my competitive streak kicks in.


This is how I have come to be a lazy person who plays badminton like a freakin' ninja every Monday after work. Depending on when you're reading this, that could be RIGHT NOW. *Waits for this momentous existential realisation to hit its mark.* Yeah. Anyway.

For one hour each week, I sweat my butt off to beat my best friend of some years in a game where winning means... well, very little. But I have an imposed timescale (one hour, every Monday) a goal (kick my friend's ass) and a driving force (my grit-yer-teeth stubborn refusal to lose at a game involving shuttlecocks). For the most part, this works. I may have a purpler (yes that's a word) face than my friend at the end of the game, but her ass is MINE for that week - figuratively - and the purple just makes my cake-eating grin stand out more.

What I've come to realise is that I have to apply these same factors to getting some writing done. In the past, this has occasionally happened - for example, where an agent has requested a revision. Your timescale is basically going to be ASAP-but-no-more-than-three-months-realistically, your goal is fixing any MS issues and working on the notes the agent has given you to woo them into making an offer, and your driving force is, of course, I WANT AN AGENT AND TO GET PUBLISHED AND SEE MY BOOKS ON BOOKSHELVES IN BOOKSHOPS... or something like that.

Because I haven't really had ALL those factors in play for the last few months (except with the revision I just mentioned), I haven't had that sense of urgency pushing me to work on my new WIP. Well, that's about to change. I want to have another MS ready to be pitched by the time I go on holiday in November, which really doesn't leave me much time for faffing about. I'm really, really good at faffing about.

So, writing the words makes it official: I will have a first draft of my new WIP ready by the end of September. It will be betad, edited and polished by the end of October. IT WILL BE DONE. You can kick my butt otherwise, and you know how I hate that. Especially if there are shuttlecocks involved.
Posted by Kat Ellis at 10:57 3 comments: